Tap to Call Tap to Email 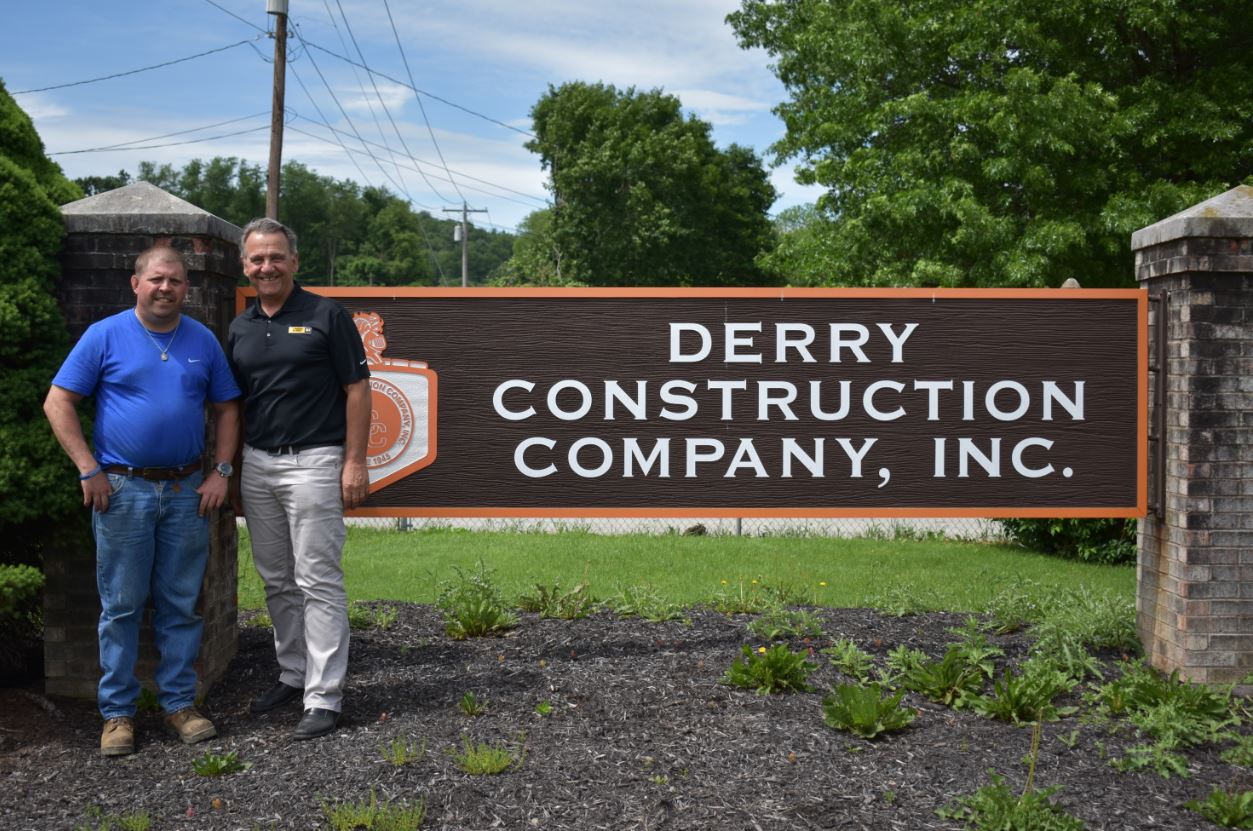 From one Slavek to the next, Derry Construction Co., Inc., has been passed down in the family since 1945. The paving contracting company in southwestern Pennsylvania was created from the ground up and continues to thrive as a multi-million dollar company three generations later. 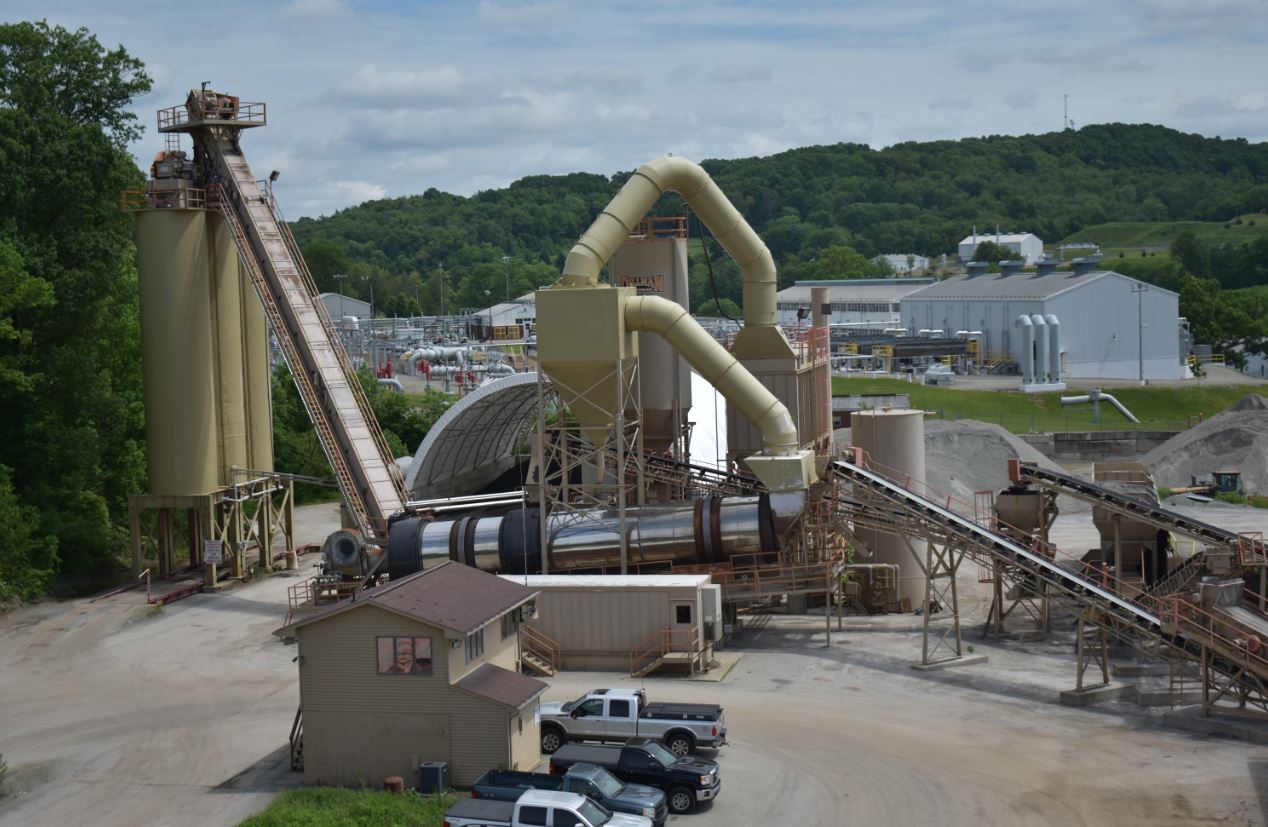 With asphalt plants located in Torrance, Pa., and Delmont, Pa., a headquarters in Derry, Pa., over 50 Cat® machines and about 100 employees, Derry Construction is anything but slow. Daniel Slavek III, the current owner of Derry Construction, officially took over the family business in 2002. Before that, Slavek worked for his father and grandfather for his entire life. In fact, Slavek has been “employed” with Derry Construction since only three years old—talk about commitment!

When Slavek wasn’t working side by side with his father, Daniel Slavek Jr., he focused on growing the business. Because of Slavek’s efforts, the company experienced immense growth when he took over in 2002. Since then, Derry Construction has added several new silos and upgraded both plants from batch to drum mix, which increases each plant’s capacity and reduces energy usage and waste. By making this transition alone, the Delmont plant went from producing 220 tons an hour to 400 tons an hour, nearly doubling their numbers! Not only have they increased production, but they have also increased sales from $8 million a year to $30 million.

One of Slavek’s most successful avenues of business was choosing to expand company operations and job opportunity growth. By hiring additional management, field, plant and shop operations employees, Slavek was able to grow the business by taking on more projects. 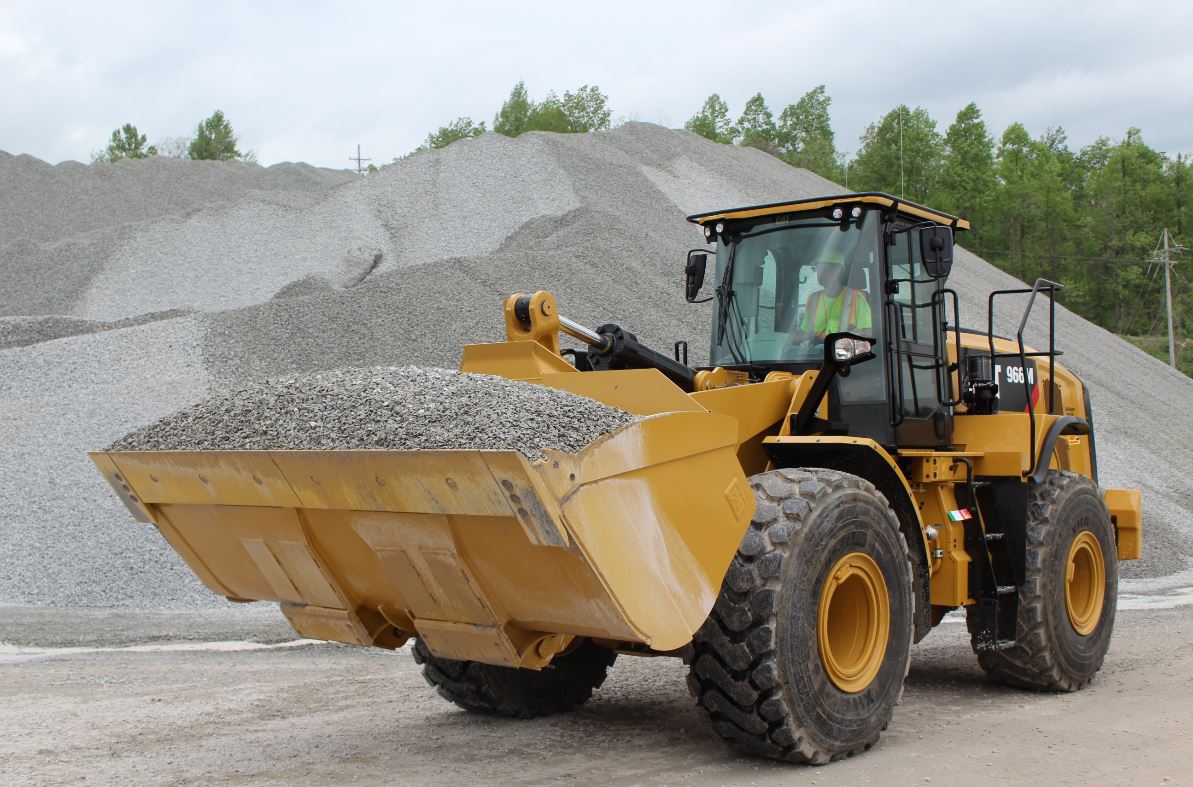 One of the largest jobs Derry Construction accepted and completed to date, thanks due to public contracting, was resurfacing the Latrobe airport runway in 2017. This project was a perfect fit for Derry Construction, which specializes in asphalt paving, roadway milling, drainage work, sub base installation and excavation work for commercial, residential, townships, private sector, the Department of Transportation and local airport authorities.

The Latrobe airport work included milling, paving and repairing the airport parking lot and runways. Laying thousands of asphalt a day for three consecutive days, the $3.5 million job was bigger than Slavek and his team have ever faced.

Not only was this project challenging due to the vast size of the job itself, but it was also complex due to the time restrictions given. Derry Construction had only eight days—from start to finish—to complete the job by laying a total amount of 28,000 ton of asphalt.

With a total of approximately 50 employees and 40 trucks working on this project on any given day, this massive job opportunity only excited Slavek and his team. Slavek knew this insurmountable project could be properly executed with the competencies of his employees and Cat equipment.

This project alone required two Material Transfer Vehicles (MTVs), two pavers and six rollers, with an additional two pavers and an MTV to serve as backups. Each machine ran steadily for 15 hours a day, six days of the week.

As you can imagine, just one down machine would be completely detrimental to the production and make their ambitious eight day goal nearly impossible to reach. Knowing that quality mattered most, Derry Construction knew Cleveland Brothers Equipment Co., Inc., would offer the reliable solutions and customer service they needed.

“We would buy no other paver in the world,” said Richard Hudock, President of Derry Construction for more than 15 years. “There is a reason we buy [Cat] equipment—quality. It doesn’t compare elsewhere.” Thanks to teamwork, determination and the decision to use Cat equipment, Derry Construction successfully executed the project with quality, efficiency, and not a single down machine.

A Reliable Partnership in Infrastructure Construction 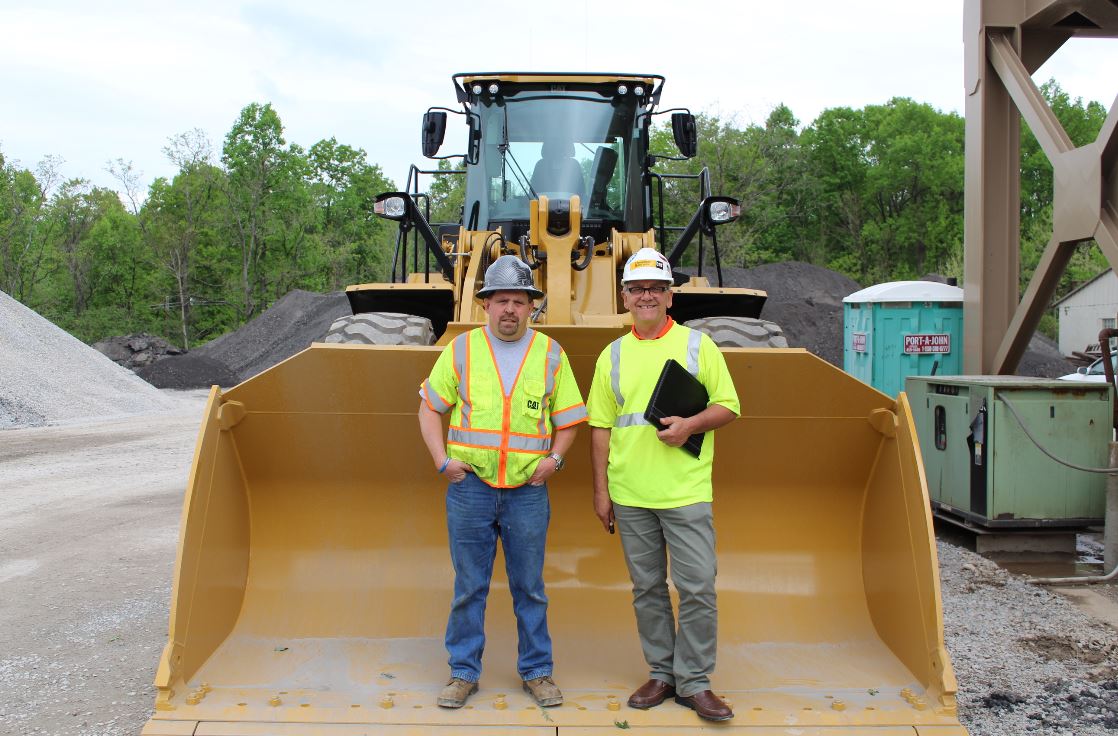 Derry Construction has been a loyal customer of Cleveland Brothers for more than 30 years. Both Slavek and Hudock view Cleveland Brothers as more than a dealer, but as a part of their team. “We know that we can rely on Jeff [Account Manager]. If we call him, he responds with the snap of a finger. They [Cleveland Brothers] aren’t just salesmen; they are friends with us. We are a partner,” Hudock stated.

In addition to working with Account Manager Jeff Conte, Derry Construction also works with John Soltis, Cleveland Brothers Allied and Paving Products Manager. When they’re in the middle of a job and are in need of parts or service, Soltis is their go-to resource for solutions. Day or night, Soltis and Cleveland Brothers are ready to help. Soltis has partnered with Derry Construction on all of their largest jobs including the turnpike (mile markers 61.80-67.59), state Route 422, state Route 4042 and other commercial and private work.

Some of the more recent Cat equipment purchased by Derry Construction includes rollers, pavers, skid steers and wheel loaders. While the Cat AP1055F paver is needed for the turnpike job to resurface the highway, the Cat wheel loaders are needed at the asphalt plants to move materials. Since Slavek assumed his new role in 2002, the company has purchased half a dozen of new pavers, a dozen rollers, several skid steers and multiple wheel loaders from Cleveland Brothers. 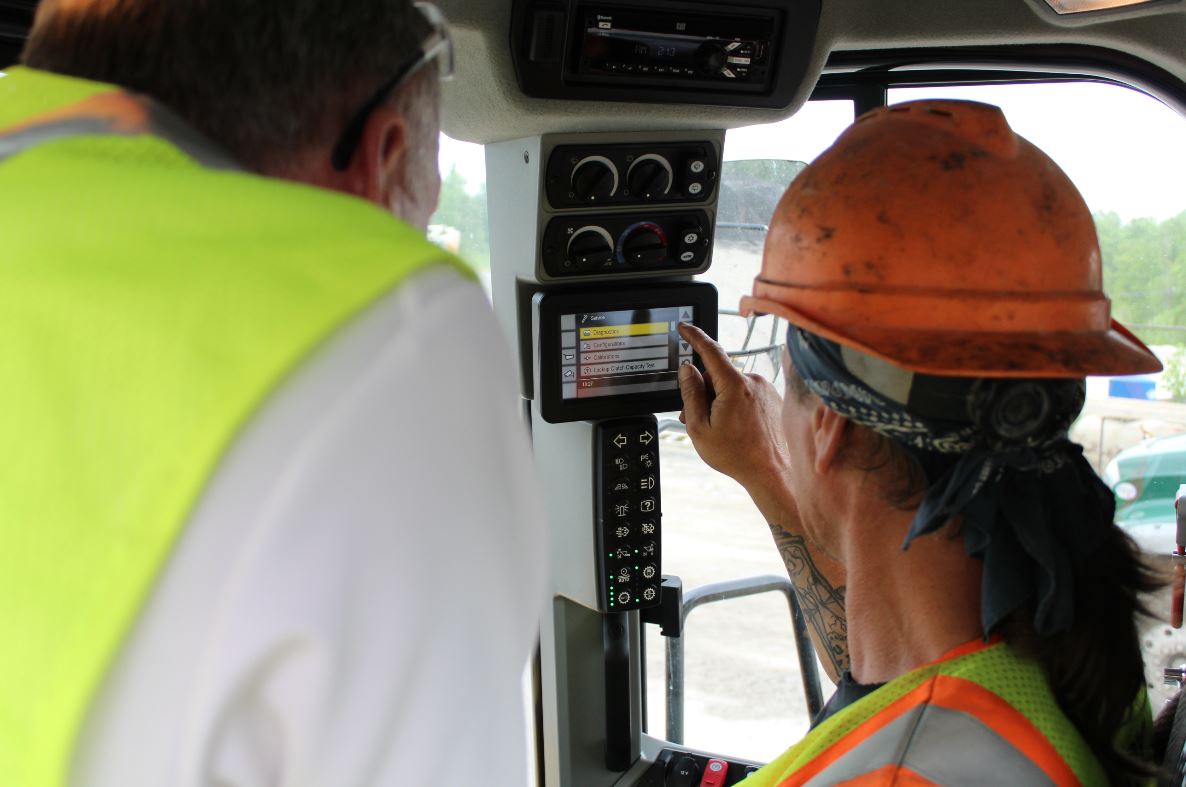 The newest machine added to Slavek’s fleet is a Cat 966M wheel loader for the Torrance asphalt plant. This machine, delivered in May 2018, is equipped with state-of-the-art technologies that maximize productivity, fuel efficiency, reliability and service life.  But what makes this wheel loader so unique is that it was one of the last machines ever produced at Caterpillar’s Aurora, Ill., manufacturing facility. Slavek, Conte, and Cleveland Brothers Sales Manager Chris Marteney all gathered in Aurora to receive the final tour of the facility. During his visit, Slavek also had the opportunity to see his wheel loader in production, and watched the 966M come off the assembly line. From the plains of Illinois to the hills of Pennsylvania, this machine has traveled quite the distance to meet the needs of Derry Construction.

Content created and reviewed by the Cleveland Brothers’ team – a team with more than 50 years of cumulative experience and a passion for making onsite jobs run smoothly. They are available to answer any questions you may have about paving tools and equipment.